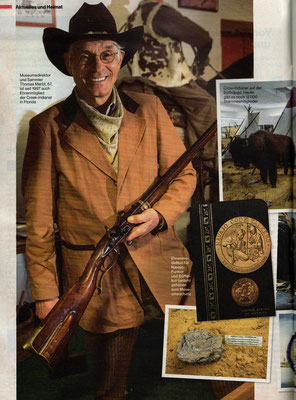 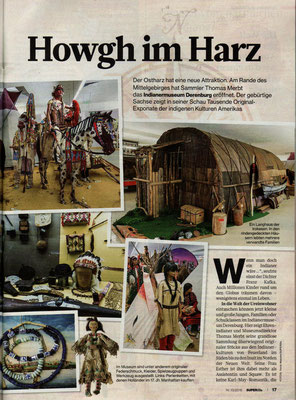 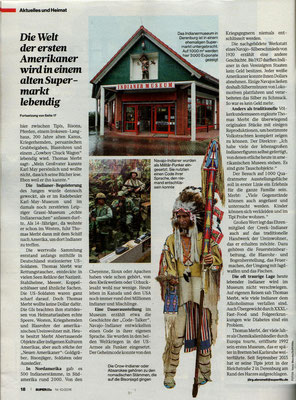 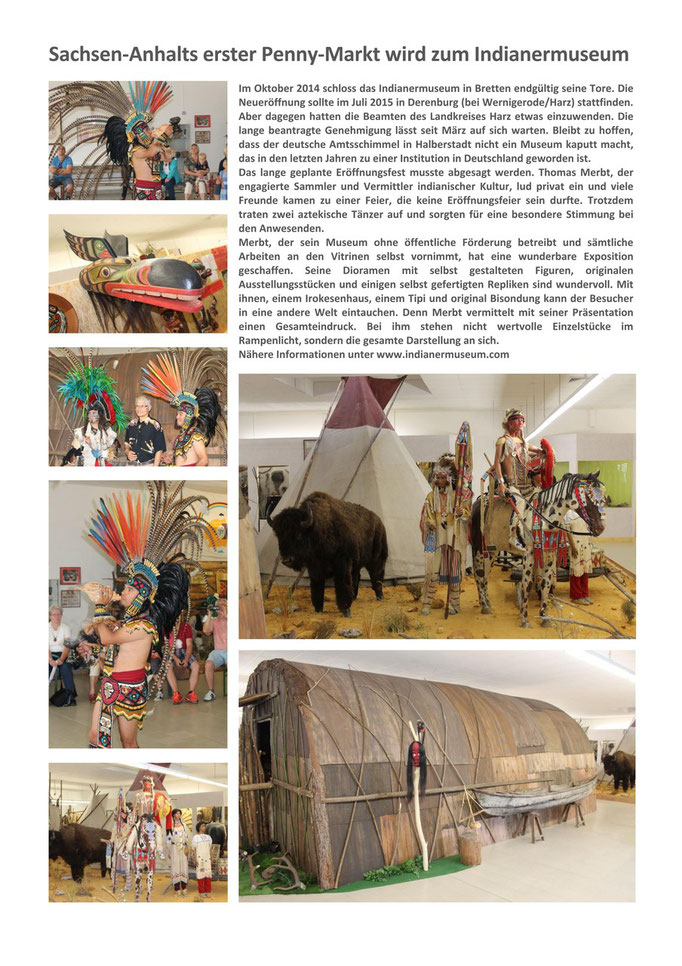 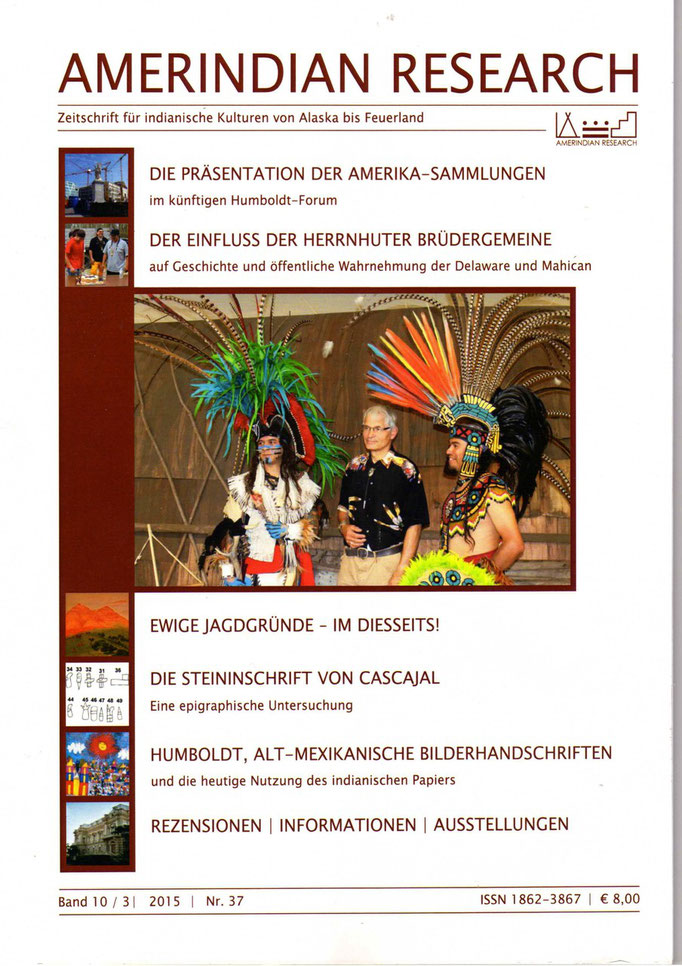 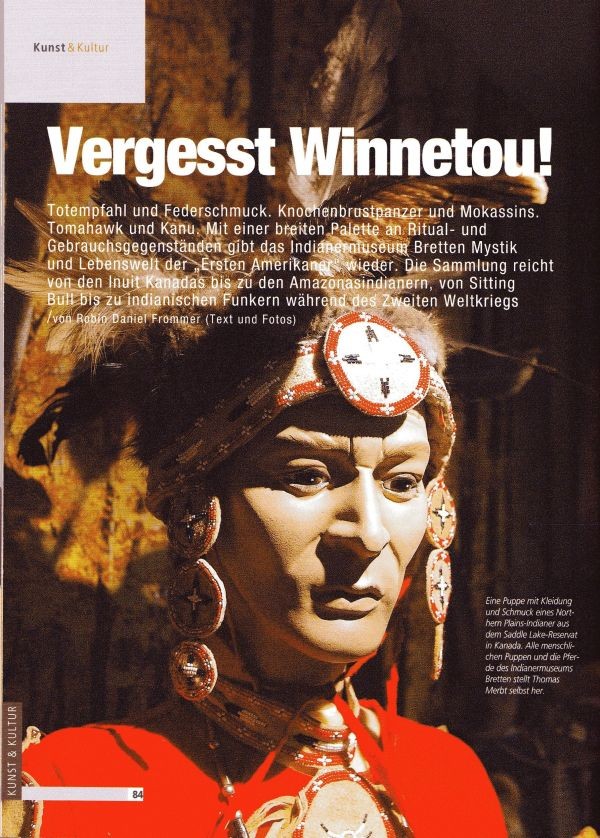 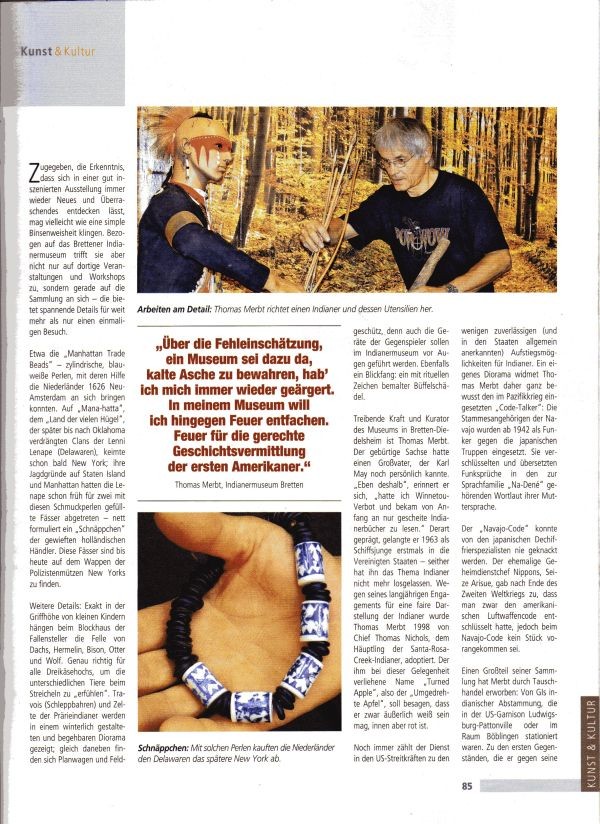 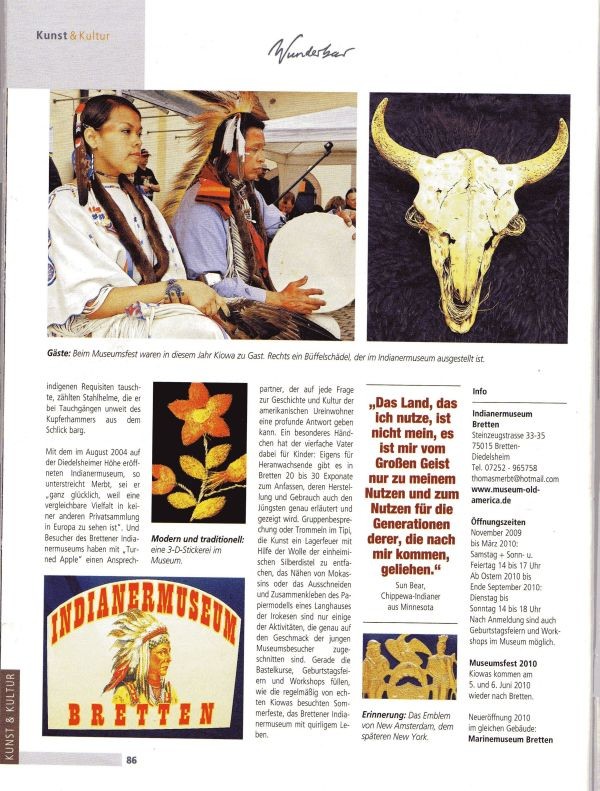 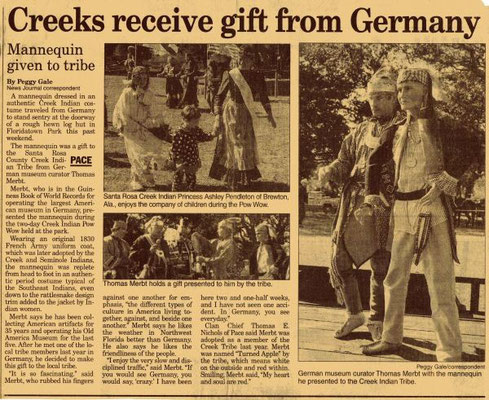 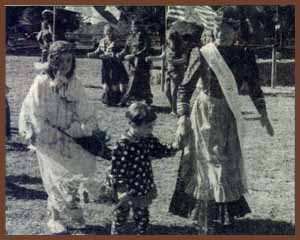 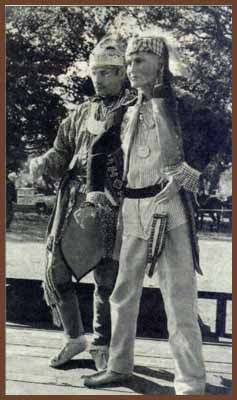 A mannequin dressed in an authentic Creek Indian costume traveled from Germany to stand sentry at the doorway of a rough hewn log hut in Floridatown Park this past weekend. The mannequin was a gift to Santa Rosa County Creek Indian Tribe from German museum curator Thomas Merbt. Merbt, who is in the Guinness Book of World Records for operating the largest American museum in Germany, presented the mannequin during the two-day Creek Indian Pow Wow held at the park. Wearing an original 1830 French Army uniform coat, which was later adopted by the Creek and Seminole Indians, the mannequin was replete from head to foot in an authentic period costume typical of the Southeast Indians, even down to the rattlesnake design trim added to the jacket by Indian women. Merbt says he has been collecting American artifacts for 35 years and operating his Old America Museum for the last five. After he met one of the local tribe members last year in Germany, he decided to make this gift to the local tribe. “It is so fascinating”. Said Merbt, who rubbed his fingers against one another for emphasis, “the different types of culture in America living together, against, and beside one another”. Merbt says he likes the weather in Northwest Florida better than Germany. He also says he likes the friendliness people. “I enjoy the very slow and disciplined traffic”, said Merbt. “if you would see Germany you would say, ´crazy´ . I have been her two one-half weeks, and I have not seen one accident. In Germany, you see everyday”. Clan Chief Thomas E. Nichols of Pace said Merbt was adopted as a member of the Creek Tribe last year. Merbt was named “Turned Apple” by the tribe, which means white on the outside and red within. Smiling, Merbt said, “My heart and soul are red.”